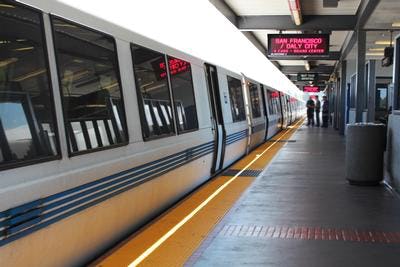 It’s certainly no secret that as car traffic continues to worsen in many American cities, residents are looking for housing options which allow them to ditch their cars in favor of walking, biking or even jumping on public transportation.  Fortunately, transit-oriented development, also known as TOD, is quickly gaining acceptance, even within communities in the car-loving state of California in which The True Life Companies (TTLC) is an active participant.

Popularized after WWII in countries such as Japan, Sweden, and France, TOD includes a mix of commercial, residential, office and entertainment uses centered around or located near a transit station. When properly done, TOD can improve local public transit while reducing vehicle transportation costs and time spent on commuting, allowing people to improve the local economy by spending their time and money at restaurants, shops, and entertainment activities in their chosen neighborhoods.

It’s also quickly gaining consumer acceptance:  According to a 2016 survey, 73 percent of Americans would support changing land use or zoning to encourage more transit-oriented development.  Following are some summaries and recent examples of what different regions in Northern California are doing to accelerate the growth of TOD.

In the East Bay community of Fremont, TTLC’s own Mission Stevenson provided an attainable housing solution a short 1.6 miles from the local BART station.  Although not a TOD development, this property allows residents a nearby stop where they could bike, drop off their car, and then choose from two different light rail lines as well as multiple bus routes operated by AC Transit.  First acquired in 2014, the 3.26-acre property was entitled for 77 townhomes, and subsequently purchased by TRI Pointe Homes in early 2016.

In Silicon Valley, the BART Silicon Valley Extension Program (BSV) will expand BART service into Santa Clara County, bringing more reliable rail service to over 1.7 million county residents.  The project is being built in two phases, with the first one scheduled to start service as soon as late 2019. In addition, last year the Valley Transportation Authority (VTA) released three Requests for Proposals which would have the potential to create 1,600 residential units and 50,000 square feet of commercial space in San Jose and Milpitas.

Example:  In Milpitas, TTLC’s own Tarob Court (an urban infill project) repurposed a portion of a former industrial park into a private residential enclave located approximately 1/3 mile from the new BART Milpitas Station, and also offers additional nearby transit from the Montague Station of the Valley Train Authority Light Rail system.  Developed and released in several phases, a variety of townhomes were built by Toll Bros.

In late 2018, the City of Sacramento passed a transit-oriented development ordinance abolishing minimum parking requirements and prohibits certain uses, such as gas stations and drive-through restaurants, within a quarter-mile of its 23 light-rail stations. It also adjusted the rules (reducing existing parking minimums by half, for example) within a half-mile radius of each station.

Example:  The Sacramento Commons project in the city’s downtown area proposes a total of 1,470 residential units, over 74,000 square feet of ‘neighborhood support/retail,’ and up to 320 hotel rooms on an 11.17-acre site.  Construction is soon to commence on the first phase, which covers 3.8 acres and will include 218 residential units including apartments and live/work units, open space terraces, about 2,100 square feet of retail space plus enclosed parking.