There are many reasons for the lack of adequate housing supply in states such as California, which continue to put upward pressure on home prices and rents.  In addition to rising costs related to buying land, finding suitable labor and paying for materials, the timeline to receive legislative approvals and building permits to construct new housing can also be hard to predict.

Certainly, one wild card in this timeline has been the rising abuse of the California Environmental Quality Act, commonly known as CEQA.  Writing in the Orange County Register, Jeff Montejano, CEO of the Building Industry of Southern California, argues that the law first enacted in 1970, which was started with the best of intentions to preserve the state’s open space and natural beauty, has since been expanded far beyond its original mission.  The result has been fewer housing units available to the marketplace. 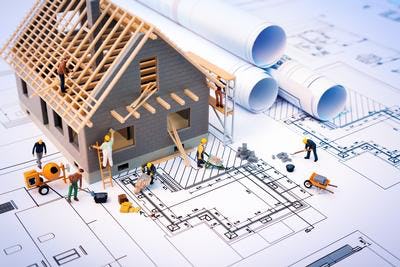 The majority of challenged housing projects noted in the study were structures containing multiple housing units such as apartments and condominiums, which are located in more urbanized areas in regions with higher population densities, more high-wage jobs, and generally far away from environmentally sensitive spaces in need of protection.  Moreover, the inappropriate use of CEQA lawsuits has also meant more housing options further from job centers, increasing commute times and their related costs.

CEQA-related lawsuits can also impact more than just housing alone.  Economist Dr. John Husing, writing recently in the Riverside Press-Enterprise newspaper which serves the state’s vast Inland Empire in Southern California, suggests that CEQA abuse can also hamstring the greater economy.  As Husing explains, “This has particularly been an issue in the Inland Empire, as it creates the dual problem of making housing less affordable while also severely limiting opportunities for people to find new employment opportunities that help them to afford that housing.”  Husing puts the blame for this impasse on the shoulders of the state’s politicians in control, whom he claims are “beholden to the state’s wealthier coastal environmentalists.”

Dr. Husing is far from alone.  For its upcoming 2019 Inland Empire Economic Forecast Conference in November, the Center for Economic Forecasting and Development at UC Riverside’s School of Business is headlining the event as “Housing Scarcity: The Inland Empire's ‘Natural' Barrier To Economic Growth.”   As the Center summarizes, “Housing scarcity is a natural barrier to growth in any labor force and the Inland Empire’s lack of workforce growth has led to the tightest labor market the region has ever experienced.”

For additional examples of infringements on CEQA in California, watch this video.

Fortunately, there is a practical solution to CEQA abuse in the form of common-sense reforms.  As Tracy Hernandez, Founding CEO of the Los Angeles County Business Federation, wrote recently in the Los Angeles Daily News, reforming CEQA could protect the state’s environment while also allowing housing production to continue without the ongoing threat of over-reaching lawsuits.  As she explains, “If a CEQA lawsuit does uncover a real environmental concern, a project should be allowed to be fixed — currently, even the smallest environmental threat puts an entire project in the trash.”

The True Life Companies (TTLC) is well aware of this direct connection between attainable housing and a robust economy. To that end, we remain focused on educating local stakeholders on the benefits of new housing and offering creative solutions that appeal to both new and existing residents, like our Tarob Court 2 in Milpitas, CA which features access to an open space trail (Penitencia Creek Trail) as well as nearby transit from the Valley Train Authority Light Rail and the new Bart Milpitas Station. In more built-out urban areas the creative solutions often include infill properties where repurposing under-utilized or obsolete industrial or retail sites creates new residential homeownership opportunities near transit and job centers.