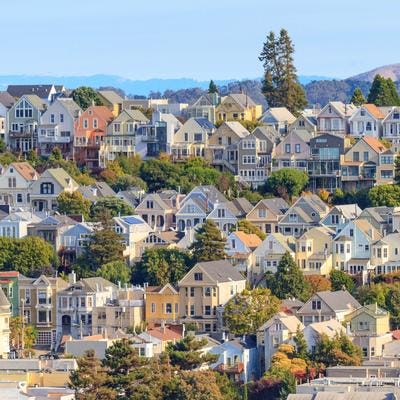 As the ongoing housing supply crisis continues to put pressure on home prices and rents in states like California, numerous obstacles contribute to making the problem worse.  In addition to rising costs of land, finding suitable labor and paying for materials, the time-consuming process of obtaining approvals and entitlements to build new housing also significantly raises carrying costs.

In the Golden State, a historic preference for low-density, single-family housing has increasingly meant newer residents making longer commutes to far-flung exurbs of the state’s major job centers.  According to a report issued earlier this year at UCLA’s Lewis Center for Regional Policy Studies, a large portion of the state’s planned housing capacity is located in the wrong places, usually more rural areas with limited housing demand.

Much-needed apartment communities are also greatly impacted by obstacles that block higher-density projects.  According to a recent paper by the Brookings Institution, most jurisdictions studied reported that less than 25 percent of their land is zoned to permit the construction of multifamily apartment buildings versus 67 percent allowing for single-family homes.  In addition, most of these cities and counties restrict buildings to four floors or fewer and institute density maximums ranging from 17 and 30 units per acre (and a median density of 24 units per acre).

For now, California Governor Gavin Newsom continues to push cities to approve additional housing, or face various potential penalties from future legislation. The California state government recently issued a letter to the Southern California Association of Governments (SCAG) stating that 1.34 million new housing units will need to be permitted and built-in cities throughout Southern California over the next decade – a figure which is three times higher than the 430,000 units previously estimated by SCAG.

Although cities cannot be required to build the homes — that’s generally done by the private developers and builders — they do have to plan and zone for them.  Newsom has tried to strengthen this process with steep penalties of up to $600,000 per month for cities that refuse to zone enough land to accommodate sufficient housing for both market-rate and low-income housing.

SCAG will get to decide how to spread the planning for these 1.3 million units across its multiple city and county members.  Most likely, cities will have to plan for denser, multi-family developments for both for sale and for rent. This proposed increase in density will likely result in continued push-back from those cities that have refused to allow anything but single-family houses.

At TTLC, our primary goal is to create a variety of attainable housing options at different levels of densities where appropriate, whether it’s single-family homes in suburbs or multi-family homes in major cities.  In more urban areas, that includes repurposing under-utilized or obsolete properties to new residential uses.