Housing inventory in many markets around the country is in short supply, and the resulting squeeze on home availability has pushed prices out of reach for many. Even those earning strong incomes, which just a few years ago would qualify for a home purchase, are struggling to qualify for a home today. One of the trends contributing to this situation can be found in labor force growth in metro centers. 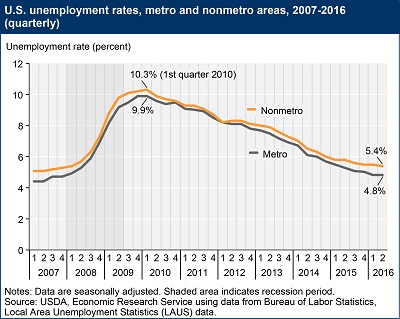 According to data compiled by the USDA Department of Research and obtained from the Bureau of Economic Analysis, between 2001 and 2015 the US economy has become more centered toward jobs in services, trade and transportation, technology, and government. Many of these jobs tend to be located in metro areas, and this growing labor force is fueling the demand for housing. With housing availability constrained, prices spiral upward. 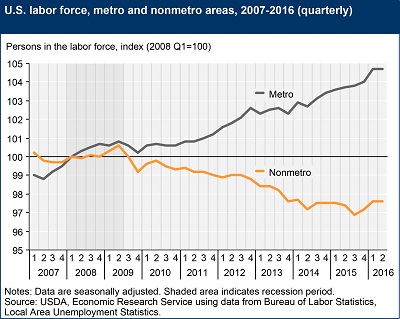 Based on our analysis of data from the Federal Housing Agency, we see the effect of labor force changes in the difference in home price appreciation between the 100 largest metro areas and non-metro areas. Between the years 2000 and 2017, the 100 largest metropolitan housing markets experienced a greater rate of appreciation over non-metro, nearly 50% higher according to data from the Housing Price Index.

This is just one of several factors contributing to the rate of increase in home prices, but it’s an important one. It’s clear we need to address the imbalance that is impacting housing supply in our cities. Municipalities must find new avenues to improve options for housing.

TTLC is poised to help address this critical need through our focus on creating moderately priced sustainable housing opportunities for the next generation of homebuyers. We are seeking to help balance supply by repurposing under-utilized property to a new residential use.