Just How Under-Housed Is The Bay Area?

Although it’s certainly no secret that the greater San Francisco Bay Area is one of the country’s most under-supplied housing markets, analysts have disagreed on the scale of the challenge and which steps will be necessary to address it.  The San Francisco Bay Area Planning and Urban Research Association (SPUR) is researching how much housing the region needs over the next 50 years. They recently completed a detailed analysis to understand the size of the local housing shortfall between 2000 and 2018. 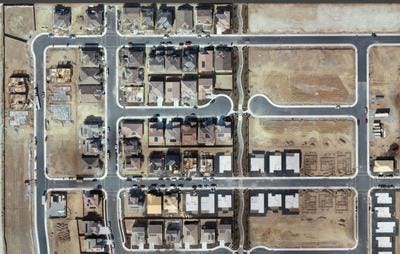 What they found is that the greatest shortfall took place in the “missing market,” which generally lies mostly between market-rate luxury homes at the top end as well as some subsidized, affordable at the bottom.   Assuming that housing costs should generally total no more than 30 percent of household income, since 2000 area population growth would have required over one million more housing units to keep up with demand.  Instead, a total of 380,000 homes were built, including 316,000 market-rate and 42,000 affordable homes, yielding a shortfall of about 700,000 units.

Importantly, this under-building of housing to meet population growth has actually occurred every year since 1990, so there was already a significant pent-up demand prior to the 2000-2018 period studied. With an unfilled backlog steadily rising, prices were bid up by households with a median income that rose by 50 percent (unadjusted for inflation) since the late 1990s.  The consequences have included more overcrowded housing, longer commutes, households moving elsewhere, or even deciding against relocating to the Bay Area entirely.

A separate report released recently by the non-profit think tank Next10 concludes that of 439 jurisdictions reporting housing permit data to the Department of Housing and Community Development, less than 26 percent of the new housing needed statewide has been completed for all income levels.  And, although over 45 percent of above moderate-income homes have been permitted, that percentage falls to 19 percent for moderate-income, and below 10 percent for low-income households.

The table below summarizes the estimated years in which housing needs for selected Bay Area jurisdictions will have been met based on the current assessment period through 2017, with the caveat that the analysis doesn’t account for pent-up housing demand from previous Regional Housing Needs Assessment (RHNA) cycles. 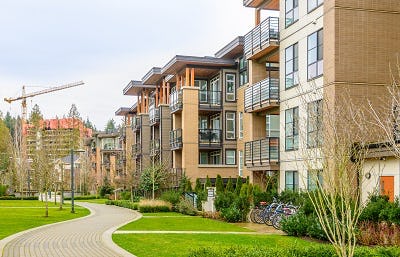 Although builders have mostly managed to keep up with housing demand of higher-income households, even moderate-income households continue to struggle finding suitable housing.  While California Governor Newsom is doubling down on his “Marshall plan for affordable housing” through a variety of sticks and carrots to cities throughout the state, only more construction by private builders will solve this challenge.