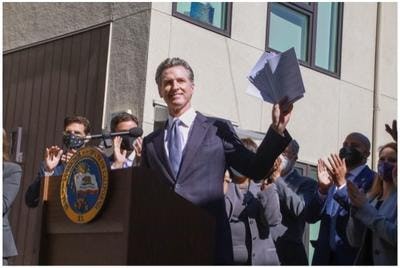 California is taking the necessary steps to put a dent in their housing shortage through 2030. Right now the demand for housing is monumental, according to The California Department of Housing and Community Development, California needs between 1.8 million to 3.5 million units to meet its housing shortage. Governor Gavin Newsom has recently signed several new bills that will help accelerate the approval of local housing projects and kickstart housing production in our nation’s most populated state.

Homebuilders and developers in California face more hurdles than any other state which is why in 2019 California declared a “statewide housing emergency”. The Housing Crisis Act of 2019, also known as SB 330, was put in place to “prevent local agencies from putting up new barriers to housing production until January 1, 2025”. A few months ago, an amendment was made to SB 330 known as SB 8. Senate Bill 8 extends the operation of the Housing Crisis Act five more years until 2030. The additional amendments include clarifying that actions affecting the parcel must be approved in the same public hearing which will speed up the process and prevent a second or third hearing.

Another hurdle that is becoming more apparent is the ever-rising price of homes specifically in desirable urban or major metropolitan areas. The next bill signed into law by Governor Newsom is SB 9, which requires cities and counties to approve development of up to two units on a parcel and a parcel map for an urban lot split without the exercise of judgement or deliberation by the Housing Authority. These ADUs or Accessory Dwelling Units are popular in Los Angeles as source of income for the main homeowners or used to care for family that need to remain close. Developers will have a list of requirements they need to meet and if these are met, the cities and counties are “prohibited from imposing development standards that would physically preclude construction of up to two units of at least 800 square feet each on an eligible parcel”. In conjunction with SB 8, SB 9 creates additional opportunities to build multi-family homes in desirable urban areas. 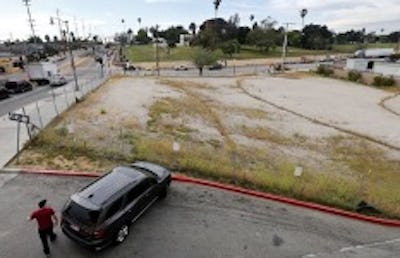 The California Environmental Quality Act (CEQA) has been a long-standing opponent for new development in the state. For example, one project in the Boyle Heights neighborhood in Los Angeles was delayed after a lawsuit citing CEQA demanded that planners spend years conducting environmental research. Fortunately, the last piece of legislation signed by Governor Newsom is SB 10 which is designed to “streamline the rezoning process for up to 10 residential units near transit or as urban infill”. This authorizes cities and counties to rezone a parcel for development without triggering CEQA review. The bill states that parcels will qualify if the “parcel is within a half-mile of a major transit stop, on a high-quality bus corridor or an urban infill site”. An urban infill site must be in a specified urban area, have at least 75% surrounded by parcels developed with urban uses, and must be designated for residential or mixed-use development.

California recognizes the size of the hill to climb when it comes to building new housing. The narrative that there is an “California exodus” is lacking data. The state Department of Finance reported a population decline of only 183,082 and with a population of over 39 million, that creates hardly a ripple. California’s projected deficit of over 1 million homes through 2025 needs a thoughtful answer. The new laws will make it easier for companies like The True Life Companies to create attainable housing in desirable metro areas.