The Rising Costs to Develop and Build 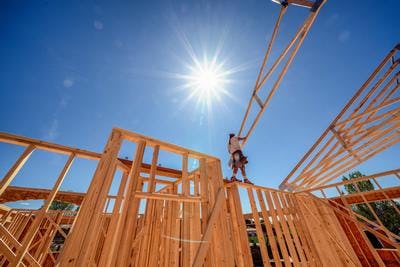 While there are many challenges associated with the development and building of new housing in the United States, some of the most formidable barriers are the rising costs associated with financing, buying land, finding suitable labor, paying for materials and the often arduous, time-consuming process of obtaining approvals and entitlements to build.  In turn, these costs are generally passed along in the form of higher sales prices and rental rates for new housing.

According to the Center on Housing Markets and Finance at the American Enterprise Institute (AEI), between the beginning of 2000 and the middle of 2018, its own pricing index for residential land in the United States climbed by nearly 90 percent, or close to twice the rate of inflation for that same time period.  Increases were even steeper in high-demand areas in coastal California, with prices rising 170 percent in San Francisco, 184 percent in San Diego, 212 percent in San Jose and over 225 percent in Los Angeles.

Rising construction costs are also impacting home prices and rents.  From 2010 through 2018, the national single-family construction price index rose by an average of 3.2 percent per year (rising to 3.6 percent in 2018 alone) versus 2.6 percent per year between 1990 and 2000.  Similarly, the multifamily construction price index increased by 4.7 percent per year from 2010 through 2018 (rising to 5.1 percent in 2018 alone) versus an average annual increase of 3.7 percent between 1990 and 2000.  These indices are even higher for in-demand metro areas such as New York, Los Angeles, and the San Francisco Bay Area.

Both materials and wages continue to put pressure on new building projects.  According to an annual report by Jones Lang LaSalle, during 2018 construction materials costs rose by 4.0 percent, while wages among construction workers increased 3.4 percent.  In addition, a relatively low unemployment rate among construction workers of 5.1 percent by year-end 2018 (down from 5.9 percent a year earlier) continued to contribute to a national construction backlog that reached 9.04 months, down just over 4.0 percent from recent highs noted the previous year.

But there’s an even more important cost hidden to most of the public, which is the complex array of regulations and fees imposed by cities and counties for new development.  Although some of these fees go directly towards supporting new development, others go towards maintaining essential city services which benefit everyone in the community.

In housing-starved California, these fees can add up.  According to the series on construction costs by UC Berkeley’s Terner Center for Housing Innovation, using the most recent comprehensive data sets from 2015, average impact fees in the state were almost three times national averages. These fees can make attainable housing even more challenging to build since such projects can increase the amounts of subsidies required.  Moreover, there is a continued lack of transparency for fees, as municipalities can demand additional project-specific fees or requirements on top of existing published development fees, which can add significant additional carrying costs.

Local land-use regulations—such as environmental regulations including the California Environmental Quality Act (CEQA) or minimum parking requirements—can increase development costs more.  Even when developers check the right boxes for regulations and fees, the permitting and entitlement process -- which is particularly complex in California -- can extend development timelines in ways that are not predictable.  These delays in processing or approval timelines can greatly increase the cost of development as companies continue to pay carrying costs while awaiting slow-moving approvals.

Despite these ongoing challenges, TTLC remains focused on working with various municipalities and our builder partners to address the chronic shortage of housing, especially attainable housing which includes entry-level and moderately priced homes.  In more urban areas, we’re especially interested in repurposing under-utilized or obsolete properties to new residential uses.