Making All Our Cities Great Again

Our metro cities are prospering with extensive job growth and economic prosperity, yet attainable housing remains a critical problem. This issue also impacts neighboring cities and towns, and adds to congestion on our roads and city streets. One solution to this problem is to duplicate what attracts new residents to top-tier regions such as the Bay Area, Los Angeles, San Diego, Sacramento and Denver. In doing so, we can better spread out the nation’s growth.  So, what can be done to help make mid-size cities great again? 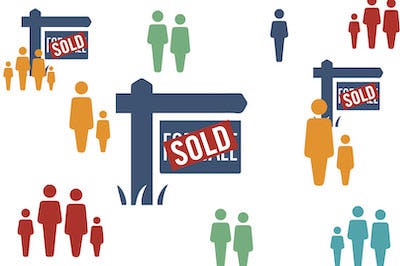 According to the most recent statistics from U-Haul for 2018, while regions such as Sacramento, Houston and Manhattan attracted the most new residents, smaller cities such as Harrisburg, PA, Grand Rapids, MI, Greenville, SC, Ft. Lauderdale, FL and Madison, WI also made the top ten list.  So what is it about these mid-tier cities which are attracting new residents?  In most cases, they’re simply copying what top-tier cities have done on a smaller scale.

In an article for Medium.com, civil engineer Justin VannPashak argues that great cities tend to focus on a specific set of land use policies such as transit-oriented developments, safe pedestrian orientation, limiting sprawl through the active management of green spaces, removing antiquated parking minimums for new developments, and zoning for more land uses per acre including housing, commercial and retail uses.

For new buildings and businesses, other policies can include encouraging the growth of local retailers and restaurants versus national chains, limiting “big-box” stores to certain areas, and insisting on high architectural standards.  For example, affordable housing developments built today bear scant resemblance to public housing built in the 19th century, with most projects including exterior elevations which are difficult to discern from traditional market-rate condominium and apartment buildings. 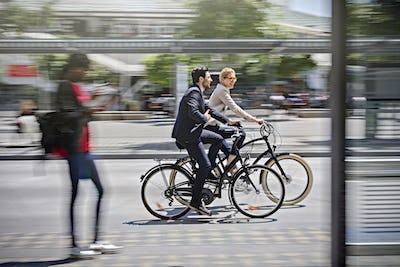 In addition, at a time when car ownership is dropping in favor of car-sharing services, bike lanes, scooters and better public transit options, forward-thinking cities are also experimenting with mobility pricing in congested areas, providing special pick-up and drop-off zones for car passengers using services such as Uber and Lyft, and even offering publicly funded door-to-door service for residents with special needs.

In a 2018 article for The Brookings Institution examining U.S. Census Data from 2010 through 2017, noted demographer William H. Frey found two interesting trends:  A revival of urban dwellers returning to the suburbs and some rural areas, and a new trend of Americans moving to large- and moderate-sized urban areas in the middle of the country.   Moreover, it was the smaller cities – those with under half a million people – which saw their rate of growth rise for the third straight year, while the rate of growth for the largest cities slowed to levels not seen since 1990.

Steve Case, the AOL founder turned angel investor, is so bullish on the rise of mid-tier cities that he’s partnered with other high-profile tech executives for his $150 million, “Rise of the Rest” seed fund, which invests in companies located outside of Silicon Valley, New York City and Boston.  Although much of the current funding has gone to larger cities such as Los Angeles and Chicago, it has also invested in companies located in Raleigh-Durham, NC, Minneapolis-St. Paul, MN, Birmingham, AL and Memphis, TN.

The timing for this type of fund is also opportune, as a recent survey by the Computing Technology Industry Association (CompTIA) concluded that 78 percent of tech workers would consider leaving their current city for a new job.  The top two reasons for this flexibility include affordability (at 60 percent) and the local economy (at 56 percent).  The same survey also found that 82 percent of tech workers weigh overall of cost of living when choosing a place to live, with 58 percent specifically mentioning housing costs.  Given that many of these workers can telecommute from almost anywhere, in order to compete for their housing dollars, all cities should aspire to greatness in terms of both attainability and quality of life.

To this end, TTLC looks forward to working with towns and cities of all sizes to address the shortage of housing, especially for attainable housing opportunities which include entry-level and moderately priced homes.