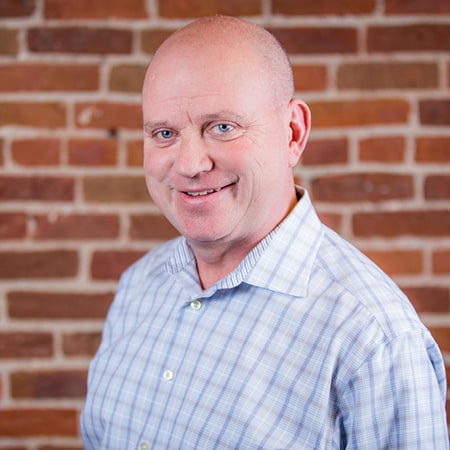 Donald Kirby brings a wide range of skills to The True Life Company in his role as Director of People Experience and Operations. A long established entrepreneur, Donald has been responsible for two start-up companies, including the start-up of The True Life Companies from its very early beginnings in 2003.

His entrepreneurial career began in 1999 with the acquisition of a finance and leasing company that he had worked for since 1997. As the Regional Sales Manager for the company, Donald was responsible for leading the company sales team to increase revenue tenfold during his term with the company. The firm was successfully sold, and Donald then went on to co-found Industrial Alliance, Inc., where he served various roles for the company including Corporate Secretary and Treasurer.

In 2003, Donald became a Co-Founder of The True Life Companies, and he has served the organization since that time in various roles. His responsibilities have combined his skill sets across a broad range of disciplines that include technology, human resources, sales, and operations. Donald is focused on building a strong resource center that includes educational, health and financial components, building consistently better programs for the employees and partners at The True Life Companies. He also interacts with the IT team, to efficiently and effectively manage the company’s technology needs, and he supports other administrative concerns for the company and individual departments as well.

Donald is an enthusiastic supporter of several philanthropic causes personally, and also works on philanthropic projects on behalf of the company. He is a member of the Chamber of Commerce in a number of cities where the company operates. Personal pursuits include spending time with his wife of 30 years, enjoying the outdoors, and maintaining a healthy fitness regimen. Donald has two adult sons, one of whom is married and lives in Wisconsin, and his second son lives in Chicago.